6.4 kilometres in length and 21.4 metres wide at its base.
The Corinth Canal was dug through the Isthmus at sea level and has no locks.

Corinth is a town that is considered the gateway a framework to the Peloponnese Peninsula. it was one of the largest and wealthiest city-states in Greece, with two major ports: the Corinthian Gulf and the Saronic Gulf

Today, the site where Ancient Corinth once stood, has been excavated by archaeologists since 1896,  behind the site rises the hill of Acrocorinth. This government on Corinth allied with Sparta and Corinth participated in the Persian Wars. As a Roman colony in 44 BC, Corinth flourished and became the administrative capital of the Roman province of Achaea.

In 1858, the old city, now known as Ancient Corinth “Αρχαία Κόρινθος”, was totally destroyed by a magnitude 6.5 earthquake. New Corinth was built to the north-east of it.

In 1928 a magnitude 6.3 earthquake devastated the new city, which was then rebuilt on the same site.

In 1933 there was a great fire, and the new city was rebuilt again. 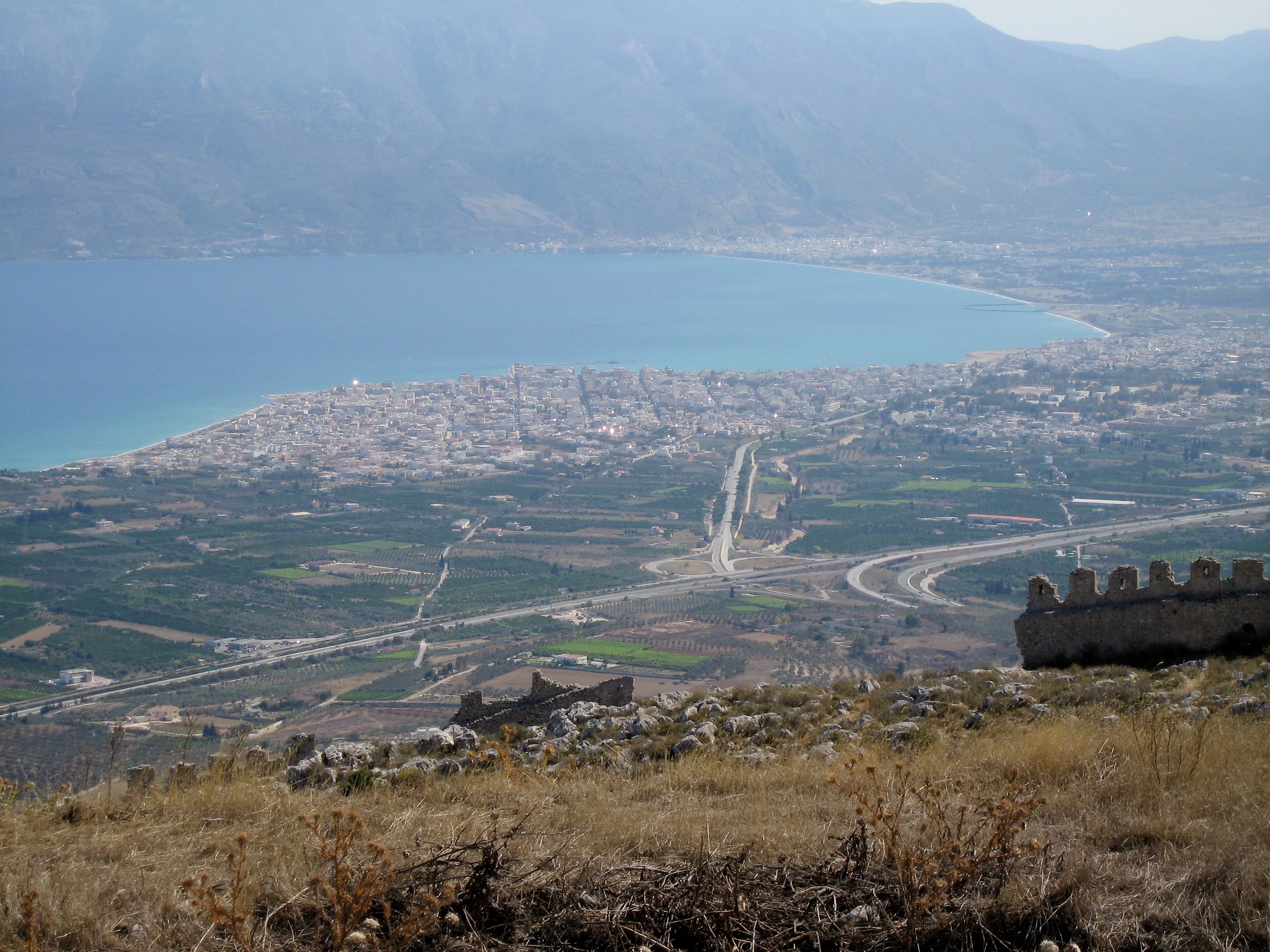 The Corinth Refinery is one of the largest oil refining industrial complexes in Europe. The municipal unit of Corinth had 38,132 inhabitants, of which Corinth itself had 30,176 inhabitants, placing it in third place behind Kalamata and Tripoli among the cities of the Peloponnese Region.

The Corinth Canal separates the mainland of Greece from the Peloponnese Peninsula. Specifically, the Canal links the Gulf of Corinth of the Ionian Sea with the Saronic Gulf of the Aegean Sea. A map of Greece shows not only its thousands of islands but also this peninsula that would be the country’s largest island if it weren’t connected to the mainland by this four-mile-wide strip of land. Technically, the Corinth Canal makes the Peloponnese an island, but since it’s so narrow, most experts still refer to it as a peninsula. The canal was initially proposed in classical times and a failed effort was made to build it in the 1st century AD.

Construction started in 1881 but was hampered by geological and financial problems that bankrupted the original builders. It was completed in 1893 but, due to the canal’s narrowness, navigational problems and periodic closures to repair landslides from its steep walls, it failed to attract the level of traffic expected by its operators.

Trancelantic proudly present Corinth Framework. One of our simplest, smallest and oldest solution. We released our first version in June 1998. It’s still running, just updated to current version. Many installationas followed based on this straight and simple innovation.

Because of policy constraints and restrictions of many system environments we decided to use just standards. No frameworks. No libraries. Showstoppers are any kind of license fees. We only use php for scripting, sql for database queries, html as markup language and css for good locking. No cookies. No JavaScript. That’s it

Keep it simple. Nothing else matters.

To keep our system smart we choose the simple, but strict model view controller pattern (MVC). An event triggers a controller. The controller creates models and generate a view. The view shows the data provided by the controller or the model.

In Corinth you always open a channel. The channel creates data models, put them into a cargo container and generates a view. The view shows the data provided by the channel or the cargo.

But first of all there is a scrup. It’s the smallest data container in corinth. A scrup describes and holds a typified value. 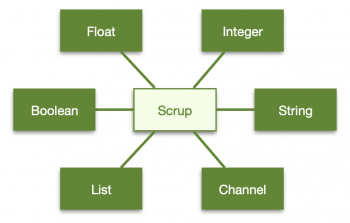 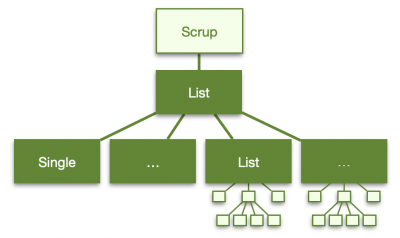 Cargo is to transport your data through a single channel. You can use it also to pass data from one channel to another. The cargo flow is pretty easy. Open a channel with a cargo container. The channel extends the cargo with results and returns it.

Cargo is a list scrup with some special functions and informations. It holds all data you need for your request and at least the results you are asking for. It also holds a bunch of system information to help you in versioning and debuging.

In Arguments are all necessary data to open a channel, in Results are queried or calculated data and System holds information of the application, the client and the corinth framework.

The channel is easy as everything in here. Just open a channel. You can do it with or without a cargo container. The channel prepares itself and its cargo according to your specifications. It will check if everything is prepared and then it start working. You will get a cargo back to start your next action. 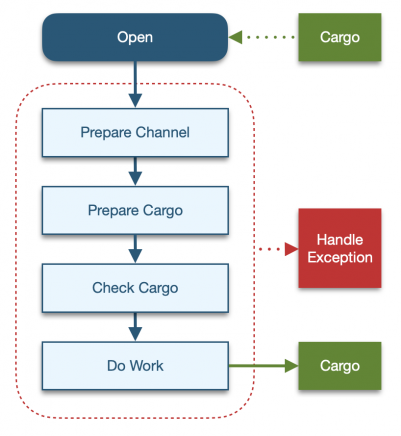 Calculate, manipulate or present your work depending on the mission of the channel and the content of your cargo. Just define default arguments for your work, required arguments for checking missing ones and expecting results for manuals or debugging.

Every channel can have their own exception handling. You can define a handling by customizing a channel function or by building your own exception handler. Or both. Or you do nothing at all. At least every exception will be caught by the top most channel. In Corinth you always have an insurance.

Corinth offers you several execution modes. In debug mode you will get detailed information what’s gone wrong. In production mode the client as requester gets a readable answer. In every way everything is logged. 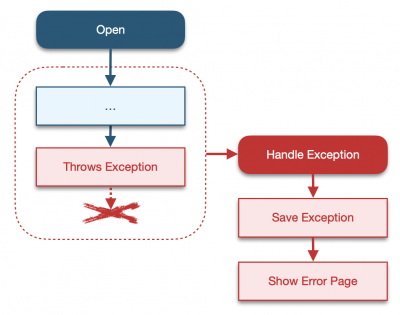 Do not forget to sign an insurance before you deliver valuable cargo. The worst thing is to show crypted error messages. Be honest. If you do something really wrong just say it. Keep clear that the current way is not a flawless way. Track the exception and determine the cause to improve yourself.

A solid but strict base is essential at corinth framework. All objects are derived from a base class. This simplifies the design of the controllers, the handling of the results and the monitoring of errors. 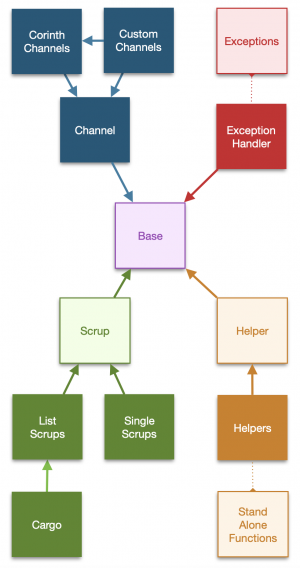 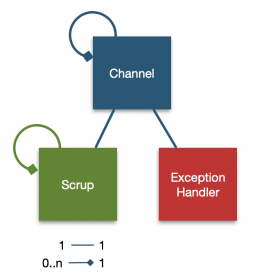 Simple, but strict is the folder structure as well. This will help you to have a simple and quick access during programming. It helps you also to have a perfect overview for your project. 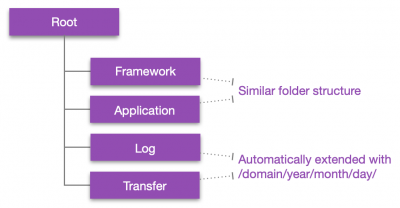 The Framework and the Application folder structure is nearly the same. 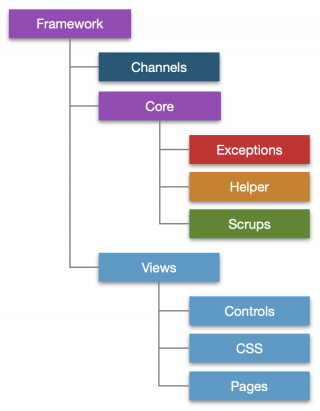 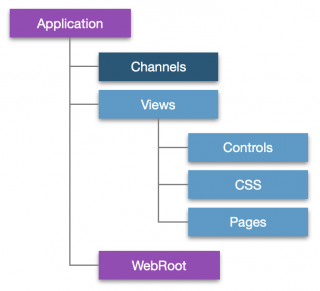 There is no need to build everything from the scratch. We prepared some channels to make it easy to build your own webpage or interface in a short way.

This is all you need to know about corinth. Your next step is download corinth and open your own channel.

This website uses cookies to improve your experience while you navigate through the website. Out of these, the cookies that are categorized as necessary are stored on your browser as they are essential for the working of basic functionalities of the website. We also use third-party cookies that help us analyze and understand how you use this website. These cookies will be stored in your browser only with your consent. You also have the option to opt-out of these cookies. But opting out of some of these cookies may affect your browsing experience.
Necessary Always Enabled
Necessary cookies are absolutely essential for the website to function properly. This category only includes cookies that ensures basic functionalities and security features of the website. These cookies do not store any personal information.
Non-necessary
Any cookies that may not be particularly necessary for the website to function and is used specifically to collect user personal data via analytics, ads, other embedded contents are termed as non-necessary cookies. It is mandatory to procure user consent prior to running these cookies on your website.
SAVE & ACCEPT